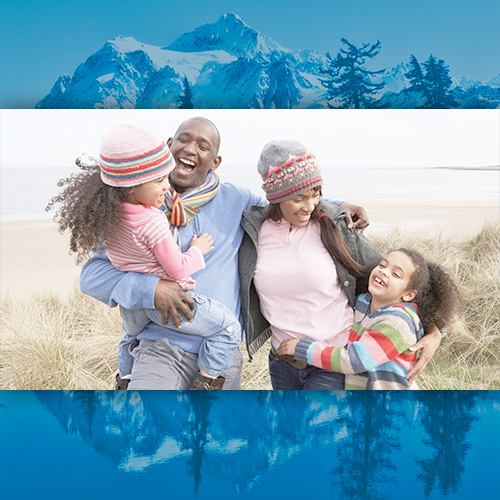 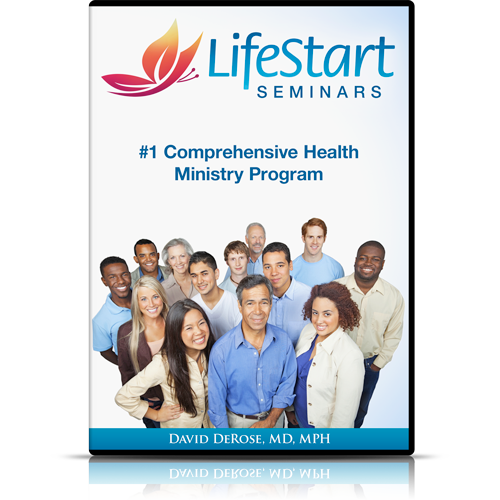 There’s good news on the infectious disease front: we can be exposed to dangerous infectious microbes and still remain healthy. We can even become infected with potentially lethal illnesses and suffer no undue consequences.

This message also applies to common maladies like colds, flus, and pneumonias. However, it was perhaps most graphically illustrated by the feared Ebola virus.

In the fall of 2014 many of the world’s denizens were living in abject fear of Ebola—even if they were far from the West African epicenter of the outbreak. Statistics from previous epidemics suggested as many as 70% of those stricken might die.

However, lay press and medical journalists alike neglected to report some of the most encouraging evidence. Consider some of the following data.

In 1996, researchers from Gabon, Africa, reported on 24 close contacts of Ebola patients. Each had been directly exposed to highly infectious materials (like feces, vomit, saliva, sweat, or blood), yet none of them became ill. Most remarkably, blood testing revealed that eleven of these individuals had actually been infected with the Ebola virus. Those with blood, but no clinical, evidence of infection were said to have had “inapparent infections.”1

This striking gap in mainstream coverage motivated me to write the book: “Evading Ebola: Decrease Your Risk of Infection, Fare Far Better If Exposed.” The premise of my book, however, transcended Ebola: by following simple practices, you can be exposed to infectious microbes yet never get sick. That’s right. Your own choices may be the largest determinant of whether you have an “inapparent infection” or a potentially serious clinical illness.

Why talk about Ebola in the context of colds and flus? We may think certain viruses are innocuous and others are devastating, yet many of the cold viruses can cause—albeit rarely—life-threatening complications as well.

About 200 viruses affect the upper respiratory system and can cause what we commonly call “a cold.” Most of these viruses typically don’t cause much devastation although some carry that potential.

The data supports our view of colds as generally innocuous. For example, in the United States we experience one billion of these infections per year. Children, who are most at risk, experience an average of six to ten colds per year. The average adult may have up to four colds a year. And let’s face it: the overwhelming majority of those infections do little more than slow us down, causing some largely manageable nuisances and inconvenience.

However, as we have already noted, although many of the viruses that cause the common cold are relatively innocuous, others are not. One family of cold-causing viruses that can sometimes cause serious problems are the adenoviruses.

If you’re infected by a member of this clan, you’ll likely suffer a runny nose, dry cough, headache, and mild fever for a few days. If you’re less fortunate, the fever may last for a couple of weeks and you may develop bronchitis, intestinal symptoms, eye or bladder infection, or even neurological complications. Indeed, colds may seem innocuous; nonetheless, they sometimes have devastating consequences.

On the other hand, influenza (commonly called “the flu”) is a true killer disease. In the US, a typical year sees between 3,000 and 50,000 people dying from this virus. Classic symptoms resemble those of a cold, in some respects. However, flu sufferers tend to be far sicker with high fever, weakness, severe muscle aches, headache, dry cough and sore throat. The weakness and cough can persist for two weeks or longer.

The flu virus claims lives by sometimes causing a severe pneumonia (that cannot be treated with conventional antibiotics) or putting a further strain on the health of individuals who already have other serious heart or lung conditions.

How to Avoid Colds and Flus Naturally

Remember, what is true of Ebola is true of colds and flus. You can come in close proximity with these viruses and not become infected. Even if you do, if your immune system is healthy, you don’t have to get sick.

Did you catch my emphasis? One key is your immune system. Such an immune-enhancing lifestyle is summed up in the LifeStart acronym. Another key relates to hygiene. Careful hygienic practices can keep you out of harm’s way when it comes to a variety of common microbes. The same LifeStart principles also contain just such a hygiene component. Indeed, these nine elements can help you prevent colds and flus—as well as a host of other infectious diseases. Let’s look at some of those LifeStart elements so we can tap into their disease-preventing potential.

Liquids. When it comes to infection preventing hygiene practices, liquids take center stage. Specifically, the external application of water as a means of cleansing is of vital importance. To better understand the role of scrupulous cleanliness, we need to highlight another infectious disease concept, namely that of “infective dose.”

In order for your body to become sickened by a viral or bacterial illness, a sufficiently large number of germs must overwhelm your host defenses. Infective dose refers to the actual number of microbes it takes to make you physically ill. In other words, you can be exposed to a given infectious agent and never get sick if you aren’t confronted by sufficient numbers of the invaders. Think of it as a battle between your immune system and the germs. If too few germs mount an offensive, your body repulses the enemy.

Infective dose varies with the strength of the microbe and its means of attack. For example, when it comes to the bacteria Campylobacter jejuni, a common cause of food poisoning, it takes between 500 and 10,000 bacteria to make you sick. On the other hand, as few as 15 to 1,000 Salmonella typhi bacteria (the causative agent of typhoid fever) will make you ill.

Now here’s a hygiene application: let’s suppose you use a restaurant bathroom that had just been occupied by a Campylobacter-infected customer. I’ll spare you the details, but after using the commode your fellow restaurant patron inadvertently smeared 100,000 bacteria on the stall door handle. If you touch that handle then exit the bathroom without washing, there’s a good chance you’ll ingest the critical infective dose over the course of your upcoming meal. On the other hand, if you thoroughly wash after using the stall, the odds overwhelmingly favor your staying perfectly well. There’s little chance you’d be exposed to an infective dose.

With this in mind, here are a few hygiene tips:

Food. According to Steve Provonsha, MD, eating food from animal sources (e.g., milk, meat, eggs, cheese) activates your body’s stress system. The stress hormones that are consequently released will decrease inflammation, and when you decrease inflammation, you suppress your immune system. Therefore, if you want your immune system functioning at optimal levels, you’ll keep animal product intake low and increase your intake of fruits, vegetables, grains, nuts, and seeds.

Exercise is vital to immune system health. In 2011, Dr. David Nieman and his colleagues at Appalachian State University looked at cold and flu symptoms among men and women between the ages of 18 and 85. Their study was conducted for 12 weeks at the height of the winter cold and flu season.2

What Nieman’s team found was remarkable: those who exercised on a regular basis, five or more days per week, had half the likelihood of developing cold and flu symptoms when compared with those who exercised less than twice weekly. Truly, moderate exercise is an immune enhancer, helping us to keep infection-free, even in high risk situations.

Sunshine. Vitamin D is another essential ingredient for immune system health. If you’re not making enough from sun exposure, you’ll want to consider vitamin D supplementation. And don’t forget: most Americans live too far north of the equator to make vitamin D during the winter months.

Temperance. Caffeinated beverages as well as alcohol are immune suppressing. Avoid them to give your immune system the upper hand.

Rest is another immune enhancer. Make sure you get enough sleep on a daily basis. For most of us that means somewhere around eight hours per night.

Natural, lifestyle-based strategies found in the LifeStart acronym provide the foundations for keeping you healthy in the face of infectious illnesses. Learn more about these nine strategies by downloading the FREE LifeStart eBook. For best results, consult with your healthcare providers and find a local support center where you can interface with supportive peers. Our online directory can help you locate such individuals in your community.

Furthermore, our website provides a variety of additional resources to help you in your pursuit of keeping free from colds, flus, and other infections. These resources include my own Evading Ebola book and infectious disease video resources as well as other quality health products.